Blog: An Actual Gig (and BADGES!)

You find me a little bit EXCITED this afternoon as tonight I am doing an ACTUAL GIG!

An actual GIG! Not Totally Acoustic, not a Moon Horse preview nor any kind of APPEARANCE in Other Styles, and not going to SEE a gig. I am PLAYING an actual GIG! IN A DIFFERENT CITY!!

For LO! I am off to Cambridge after work to ROCK The Portland Arms in a veritable T-T SANDWICH, with Anna Madeline and Mr Chris T-T. I haven't travelled off to do a "normal" gig since MARCH when I went to Leeds - that sort of thing used to be my BREAD AND BUTTER but of late it has fallen by the wayside a little to make space for SHOWS and things. I'm not complaining - i LOVE doing the shows! - but it is nice to get to pop off somewhere again and play a SET that is not SET IN STONE!

Those crazy SHOWBIZ SHOWS are never far from my mind though - why, this very morning I ordered the BADGES for Moon Horse from the ever wonderful people at Wee Badgers. I'm rather chuffed with the design for these, LOOK! 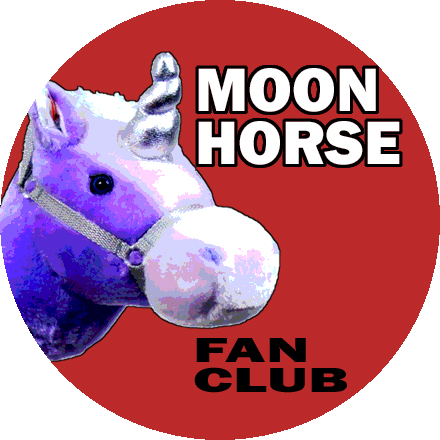 COOL eh? I did briefly consider having a SECOND design with GOOGLY EYES but it quickly became clear GLUING several hundred pairs of googly eyes would be a PAIN IN THE WHATNOTS and also... well, without HAIR it wouldn't be the same would it?

And with the ordering of BADGES we pass yet another MILESTONE on the road to the Edinburgh Fringe. The next step is to actually start DOING the show! YIKES!!