After all the excitement of a day's recording in Derby, I was back in Leicester on Saturday evening ready for the second of our two Hey Hey 16K preview shows at The Criterion. Weirdly for me I was still suffering from THE FEAR, even though I knew it worked perfectly well, so attempted to cure myself with the usual medication i.e. BEER. It worked a bit, but relaxation was more forthcoming from the range of PALS who arrived, including Mr T McClure, who took the range of pictures below. 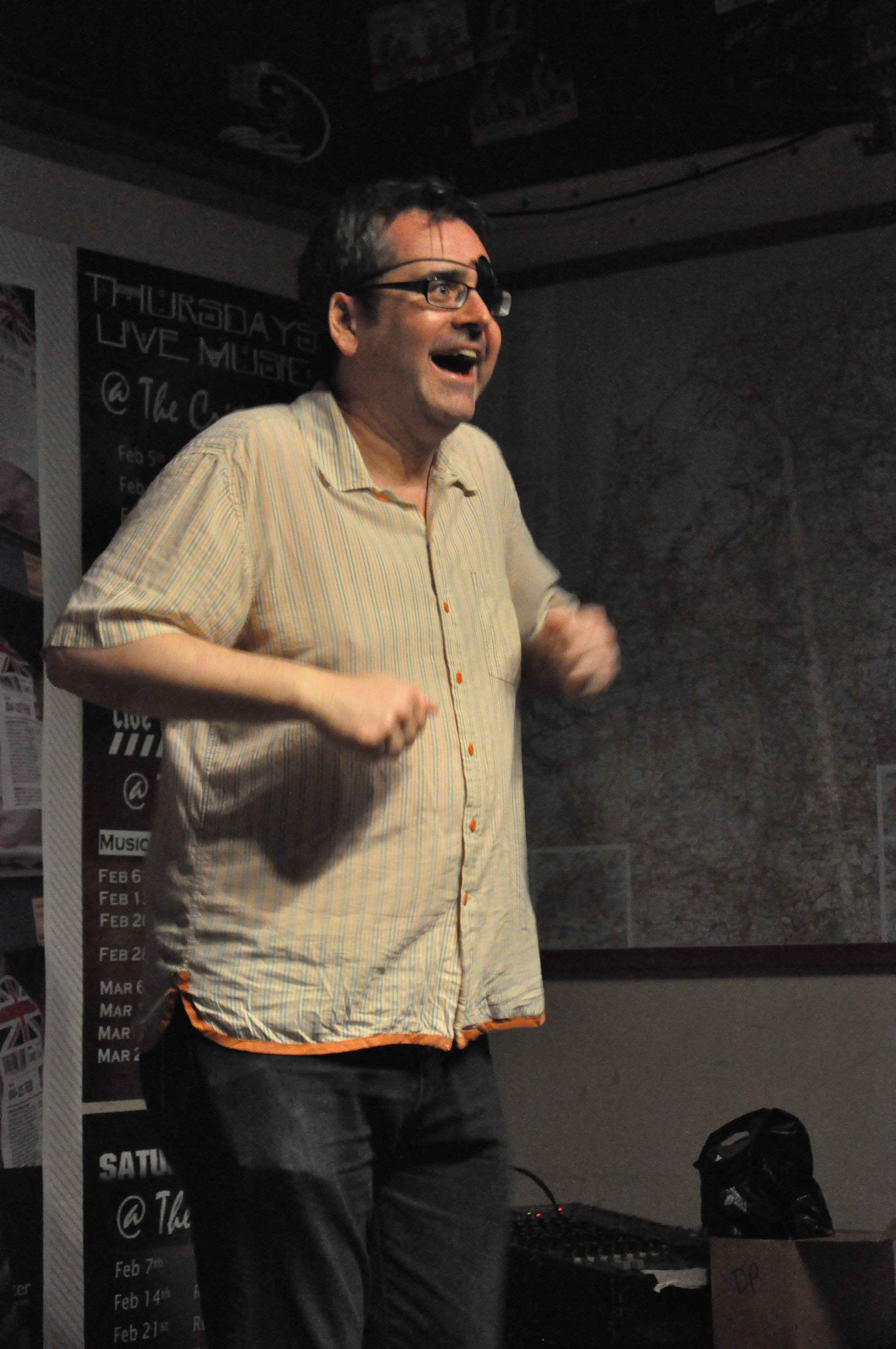 Nice aren't they? The show was, once again, a whole HEAP of fun, especially as there was a chap in the front row who'd DEFINITELY come to see it because he remembered the song and thus went "OOH!" when we first played it, sang along, and even looked SURPRISED and PLEASED when (SPOILERS) we did the "It made a generation who can code..." bit. It was just as I imagined it might be doing the show for people who know the song, all we need now is about 15,000 people JUST like that at Wembley and it will be my dreams come to life!

Afterwards Steve and I had some beers and a whole heap of CHAT around a big table full of lovely pals before retiring retired for the evening A Bit Drunk, stopping only at The King's Head on the way home for a WHISKY. It was odd being there - I have no recollection of going before but it WAS round the corner from my old work and I DID remember where the loos were, so I suppose I must have been. Anyway, we sat with our drinks and contemplated the show. It was, we both agreed, in a better state than ANY previous show had been at this point in the process, which surely foretells of high times and larks ahead. HOORAH!