As discussed before, "Marvel Fanfare" was a slightly odd series which never seemed to know what it was meant to be. In theory it was meant to be a showcase for the very best creators, but in practice it was more often a dumping ground for inventory material. Usually Al Milgrom, the editor, went to great pains to deny this, but here he has no choice but to admit it. 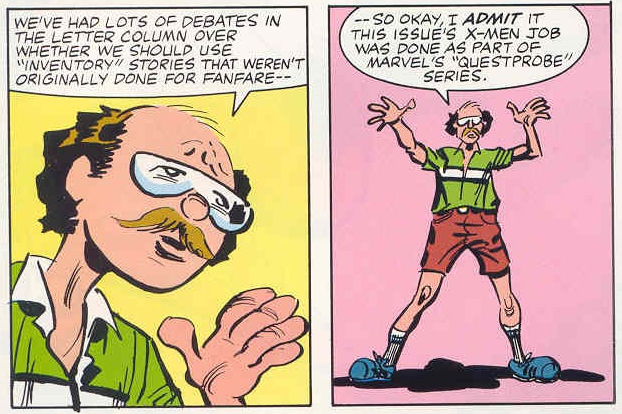 He goes on to say that the lead story is still justified for Marvel Fanfare because it features "Claremont, Brigman and Austin", but while it does look very nice it can't be ignored that it was originally created as a tie-in for an X-Men "Questprobe" game that never happened. It even features The Chief Examiner, who we met way back in Questprobe Featuring The Human Torch And The Thing. This story ties into all of the previous games and, by trying to explain what it all means, makes about as much sense as they did i.e. not an awful lot. 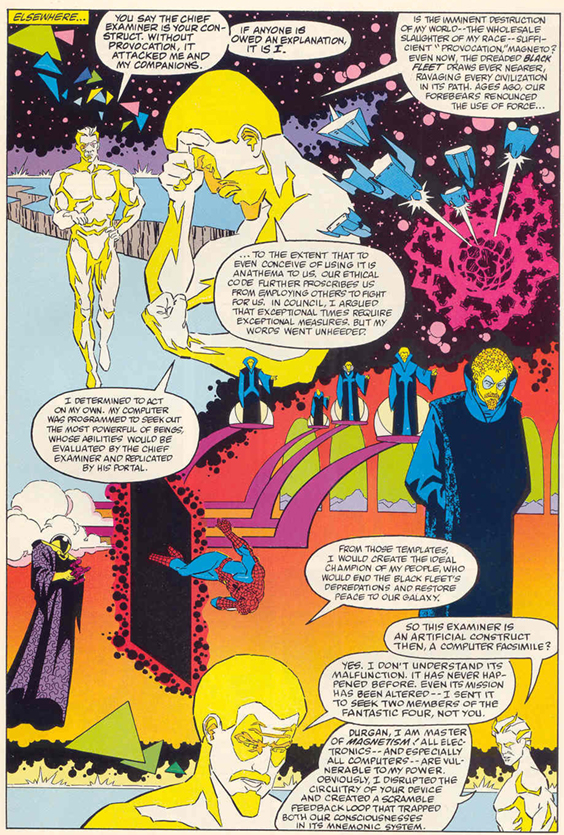 Doctor Doom doesn't appear in this story at all - in all the other issues of "Marvel Fanfare" we've looked at he's popped up either in very small cameos or as part of the "portfolios" section, and here he has a full page poster in one of the latter. It's drawn by Akin & Garvey, an inking duo working for Marvel around this time who were known for their smooth, super glossy inks on stories like "Rom" and "Transformers". I remember really liking them at the time, as they were very much in the same league as Bob Layton, taking anybody's pencils and placing them firmly in their own style. The picture of Doom included in the posters is very recognisably by them, even with nobody else underneath them. 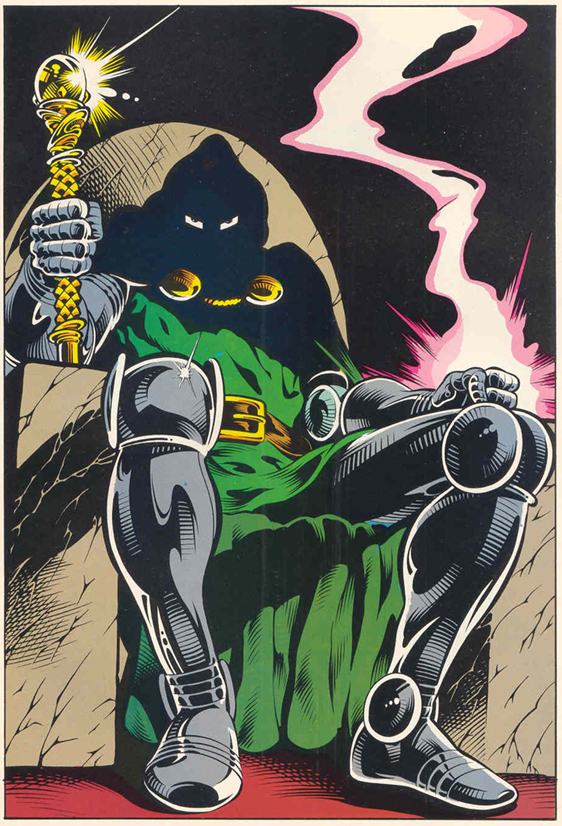 I'm not sure where that sceptre comes from, but otherwise this is a pretty standard depiction of Doom sitting on a throne, glowering away, with most of his standard signifiers showing. We can't see his nose or any rivets in his shadowed face, but this does at least draw attention to his very visible eyes through the mask!

That's it for this time, but come back later in the week for yet another cameo, in yet another first issue of "The Silver Surfer"!