Here's another text that I missed at the appropriate time, and which I would have missed all together if I hadn't spotted the image below on a Facebook group. 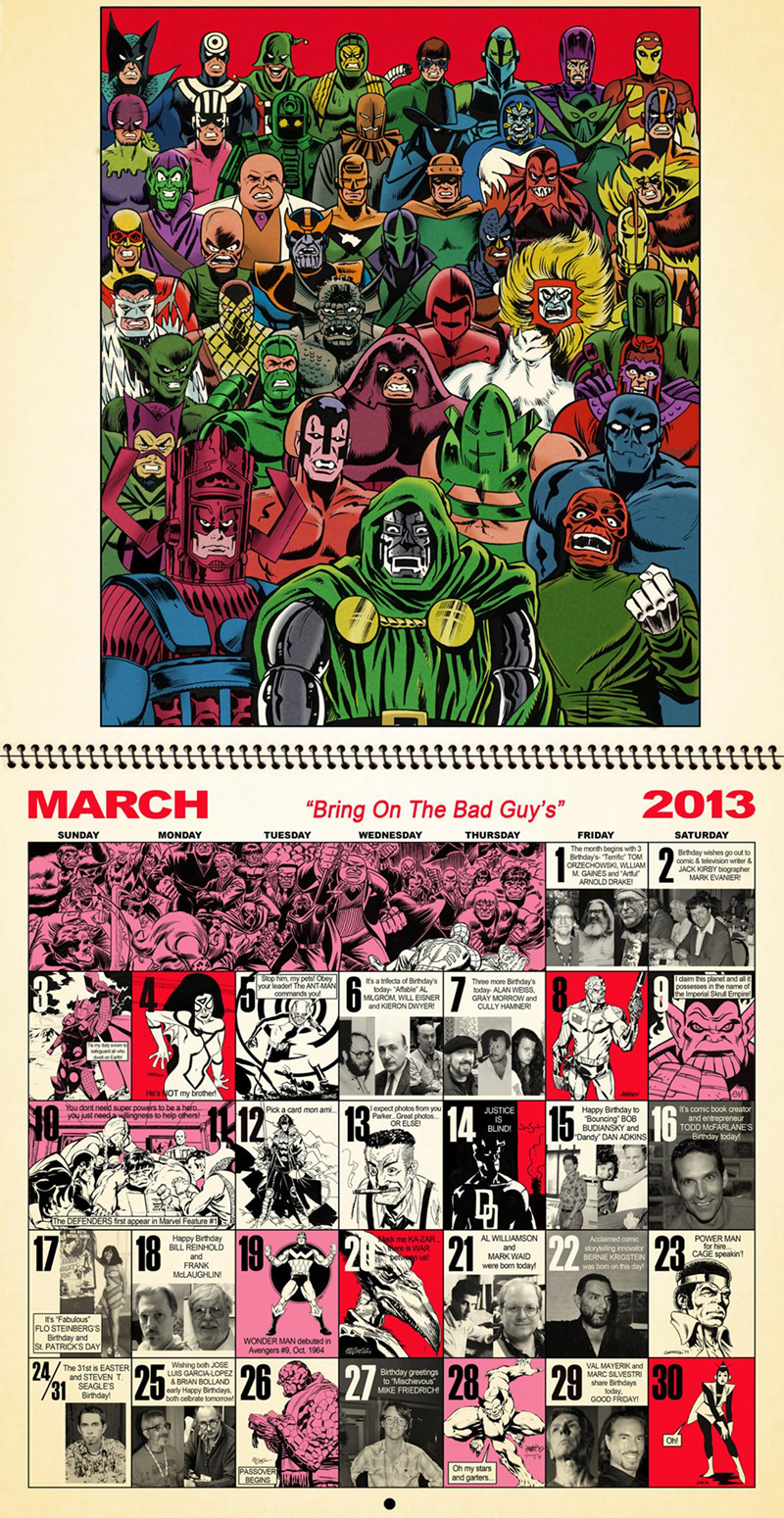 The full thing is a superhero calendar which, using incredible detective work, I estimate to have been for the year 2013. However, the main image was the source of some debate until somebody pointed out that it had originally been shown in "Marvel Funbook #2", which I had never heard of. Further detective work with my research assistant Dr Google showed that this was a book issued in 1977 featuring various puzzles, apparently illustrated by Owen McCarron.

Owen McCarron was the regular illustrator for Marvel's Fun And Games series of puzzle books, so at first I thought that this must be a reprint of those, until I demonstrated my detective skills even more by noticing that this was published two years before those. McCarron did most of his work on puzzle strips, and according to Wikipedia he pitched the idea of doing the same with Marvel characters to Stan Lee, although this came out after Lee went to California to concentrate on getting movies made, so I'm not sure how accurate that was.

Either way, this is an interesting splash page which may indicate that there are other Doctor Doom appearances within the main text, but I don't know for sure because it's not available to view online anywhere, and I'm not super-keen to pay fifty quid to find out! Technically it's not a narrative-based text so, like the most of these "Addenda" texts, it wouldn't necessarily have gone into my research corpus, but still it would be nice to have a look. If anybody has a copy of this - or indeed the first issue - that they could scan please let me know!

Next time we're looking at a text that is definitely a narrative and would definitely have gone into my corpus if I hadn't found out about it two years too late. Join me as we enjoy the full-length Actual Novel that is Marv Wolfman's "Doomsday"!