In 1983 Marvel comics were targetted by corporate raider Mario Gabelli, who attempted a hostile takeover of the company. Marvel needed money, quickly, to fight him off, and so then-President Jim Galton ordered Jim Shooter to churn out a series of reprints one-shots that could raise cash without involving much expenditure. Today we're looking at one of those one-shots, 'The Official Marvel No-Prize Book'.

As anyone who follows this sort of thing knows, a 'No-Prize' is awarded not just for spotting a mistake, but also for offering an in-continuity explanation that means it's not an error at all. This book, however, does no such thing, instead giving a list of mistakes through the ages like a 'blooper reel'. Actually, when I say it offers mistakes through the ages, it actually concentrates almost entirely on those made in the very early days of Marvel. I can see that there would have been more errors back then, with a small team of creators bashing out the whole line under Stan Lee's less than exacting editorial eye (a lot of the mistakes are by him!), but still I would have thought there'd be a few more modern examples. Maybe Jim Shooter didn't like to admit to them? 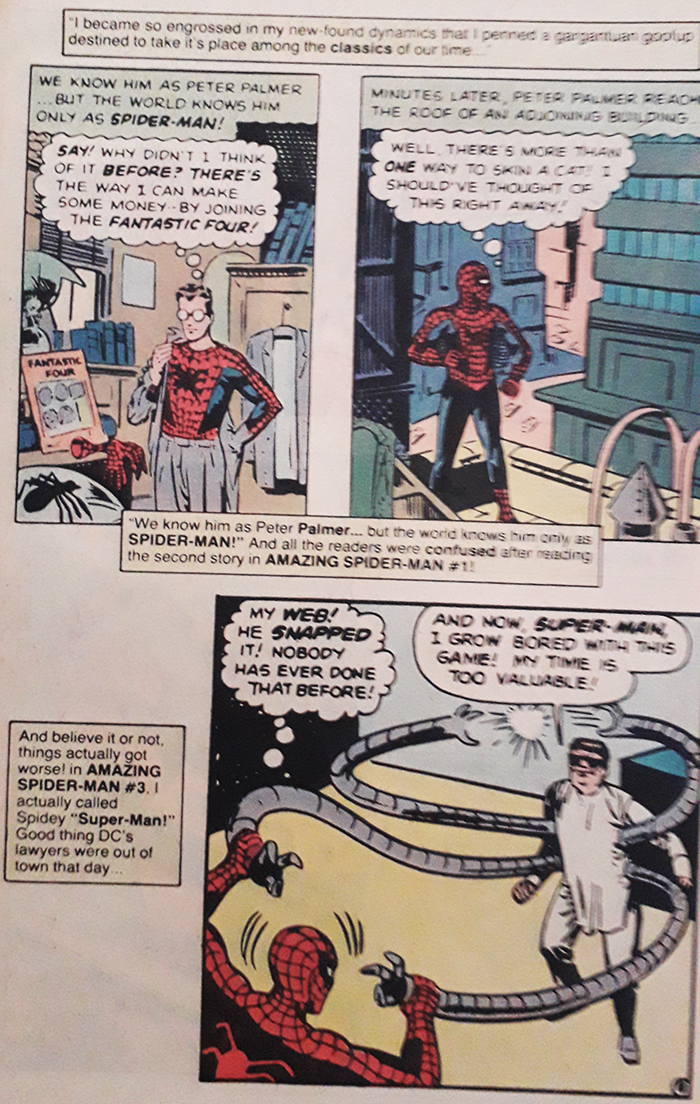 The comic makes no bones about the fact that it's a money-making exercise. The credits on the inside cover begin with "These people, who all love their jobs, were totally against this dumb idea*" with the note adding below "*But Jim Shooter backed a truck up to the office filled with so much money... well... what would you do?"

The comic is narrated by a caricature of Stan Lee who seems to be wearing a very badly fitted toupee. 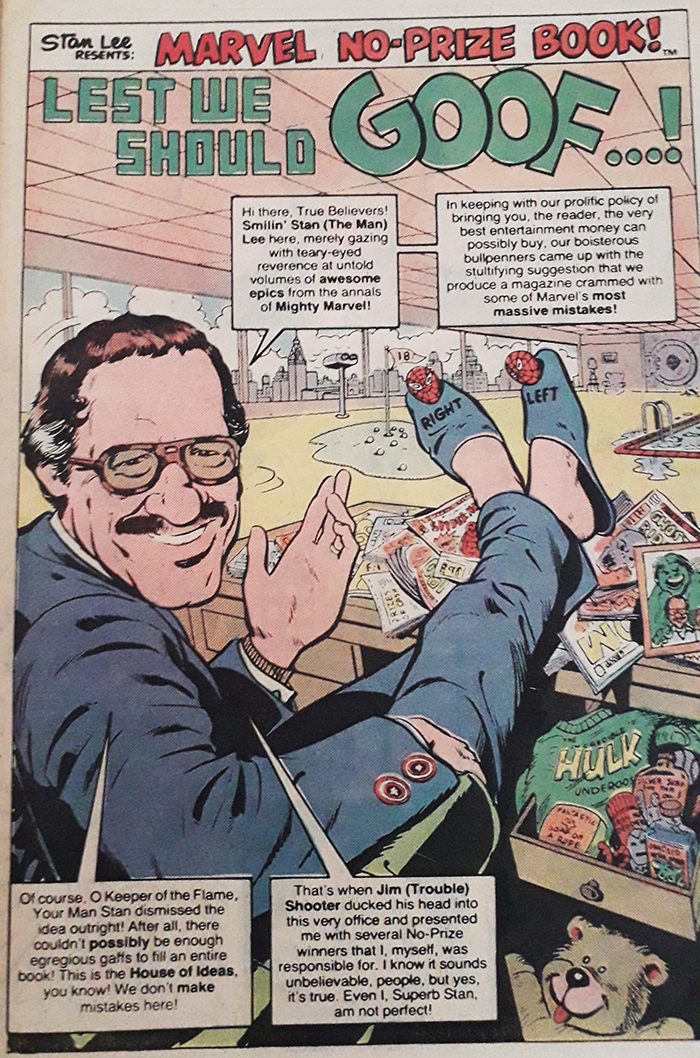 Maybe that's the cause of the rather strongly worded editorial where Lee states (semi-humorously) "I had nothing to do with this fiasco! That's not me talking
A process blog about Doctor Doom in The Marvel Age written by Mark Hibbett